Posted by SJFUMC Webmaster
No Comments 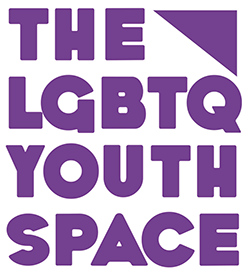 A New Partnership with the LGBTQ Youth Space – you can help!

Youth Space is an organization in our neighborhood that provides services to LGBTQIA youth, and we are working to establish a relationship with them. They need toiletries, and our Inclusion Team would like to invite everyone to bring items to the bin near our Welcome table outside the Sanctuary:

Posted by SJFUMC Webmaster
No Comments

The South Bay Reconciling United Methodist Churches invite everyone to the Silicon Valley Pride Parade and Festival in downtown San Jose on Sunday, August 27th. The parade begins at 10am. Meet up at St. John and Market Streets at 9:30am to march together.

Right after the parade, there will be a short worship service planned by Rev. Samantha Lewis from Los Altos UMC and Alyss Swanson from Campbell UMC.

The festival begins at 12 noon at the end of the parade route at Caesar Chavez Park (on Market in front of the Fairmont Hotel).

Womxn’s March Hospitality
Saturday, January 18, 8:30am to noon
Our building will be open for people who are participating in the Womxn’s March.

Eye Glasses Donation
As part of the Day of Service on March 8, your old glasses will be cleaned and sent to El Maguey to improve the lives of those who need glasses and utilize the free library in the village, especially the children and adults participating in the English as a Second Language class sponsored by San Jose First volunteers.

Open Pantry
Wednesdays at 11:30 am
An opportunity to assist hungry neighbors by bagging or delivering groceries. Contact Ray Castellon for more details.

Spanish-Language Ministry Dinner
Thursdays at 7:00 pm
A delicious meal and friends gather for conversation and company.

To be a community of faith that is empowered by the grace of God in Jesus Christ means that we share one another’s joys and concerns.

If you would like to receive the weekly email with joys and concerns for the week, please email susanc@sanjosefirst.org.

San Jose First sponsors the “Believers in Christ” team that provides meals for our needy neighbors at our 6th Street Parking Lot. Learn more about how you can help >