Originally from Connecticut, Jeffrey moved out west shortly after being honorably discharged from the US Air Force as a Military Police Officer. He received his Call to Ministry at Oregon State University during a Religious Studies class and subsequently enrolled at Nazarene Bible College, where he received a BA in Biblical Studies. He went on to earn an MA in Religion from Claremont School of Theology and was granted the Award for Excellence in Biblical Studies.

Rev. Jeffrey D. Hall has served four Appointments in the Cal-NV Annual Conference prior to his appointment to San Jose First UMC, to include churches in the Tahoe and Sierra communities of Truckee and Portola; Wesley UMC, San Jose; Central UMC, Stockton and is currently the Chair of the Board of Ordained Ministry.

Areas of interest include Leadership, Gender and Sexuality, Wesleyan Theology, Ethnographic Studies in Religion, and a love of poetry. His spouse, Jennifer, is a Licensed Clinical Social Worker with the VA and transferred from Stockton to Livermore July 1, 2019. Jeffrey and Jennifer have a son, Ned, who is completing his MA Spanish Degree in Southern California. 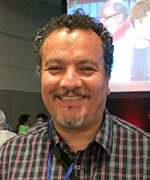 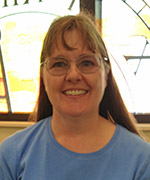 Sunday services are happening online via Zoom every Sunday at 10:00am. To receive the Zoom link and passcode, email us or join our email list.

Visit our blog here to read notes from the pastors.

To receive communications from us, please join our email list.

All persons are individuals of sacred worth.

Whatever your race, ethnicity, gender identity, sexual orientation including lesbian, gay, bi-sexual, transgender, queer/questioning (LGBTQ), economic reality, marital or family status, physical or mental ability, age, background, or religious tradition, you are accepted as a full participant in the life and work of this Reconciling United Methodist Congregation.

You are God’s beloved and welcome here.